"According to Lazarev's research, our deep emotions directly shape our health and fate". (Wikipedia about S.N. Lazarev)
Biography

Sergey Nikolayevich Lazarev was born on the fourth of September in 1952 in Eysk, Russia. He graduated from the Herzen Russian State Pedagogical University. In the same year he completed an eleven month retraining course at St Petersburg State University, obtaining a Practical Psychology qualification.

Sergey Nikolayevich Lazarev has studied human energy fields since the beginning of the 1980s. Since 1993, he has held live seminars, presentations and lectures in Russia including Moscow and Saint Petersburg, and also in Germany, Israel, Poland,  the Czech Republic and Ukraine.

S. N. Lazarev is author of the book series “Diagnostics of Karma” and a series called “Man of the Future”. Many of these books have been translated into German, Polish, English, Czech, Spanish and Bulgarian. Video and audio recordings of the lectures and seminars are also available. 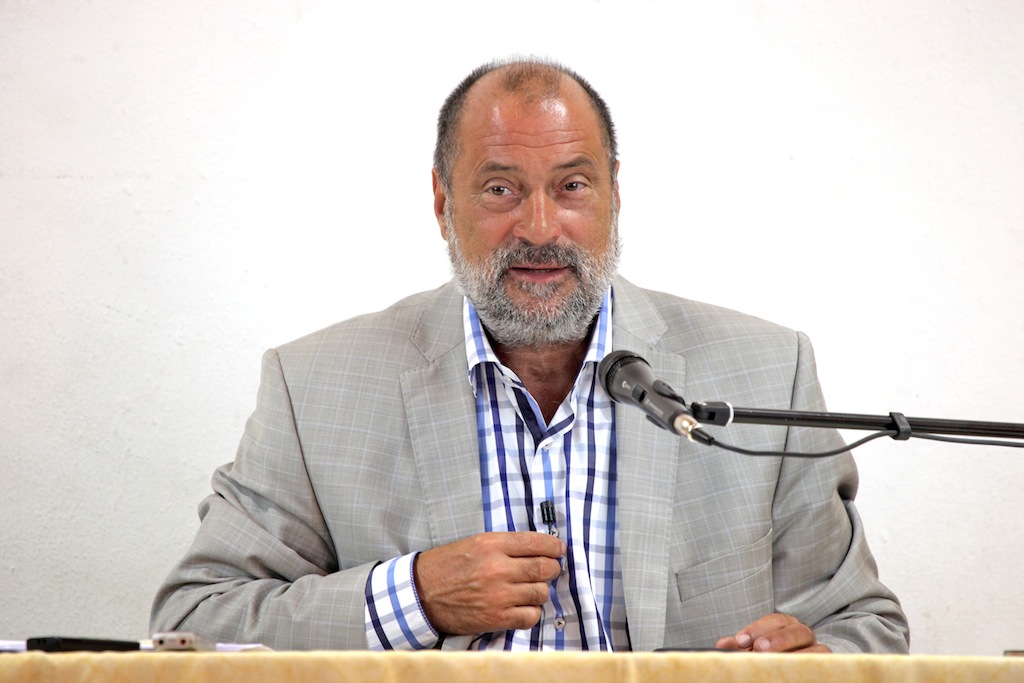 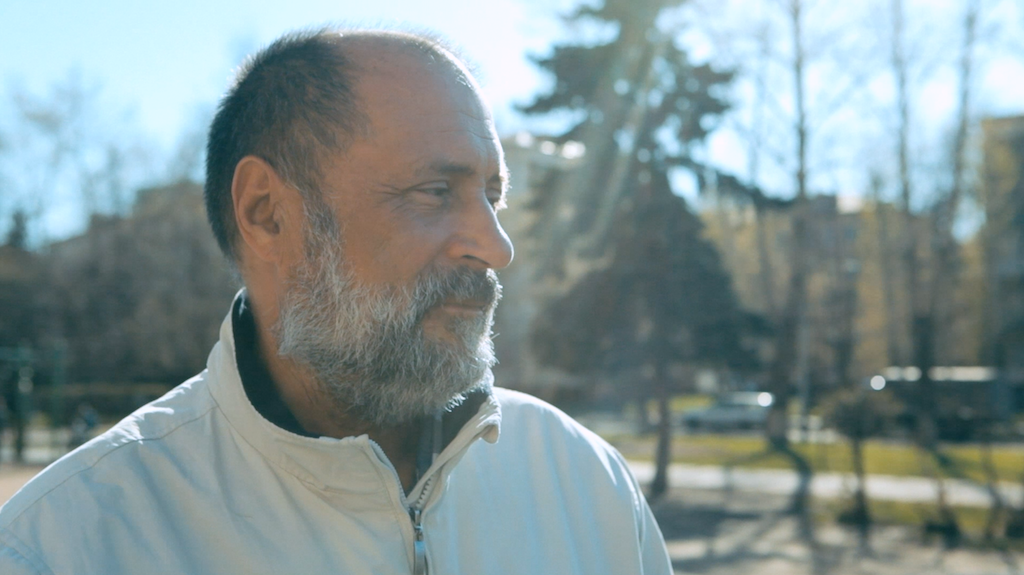 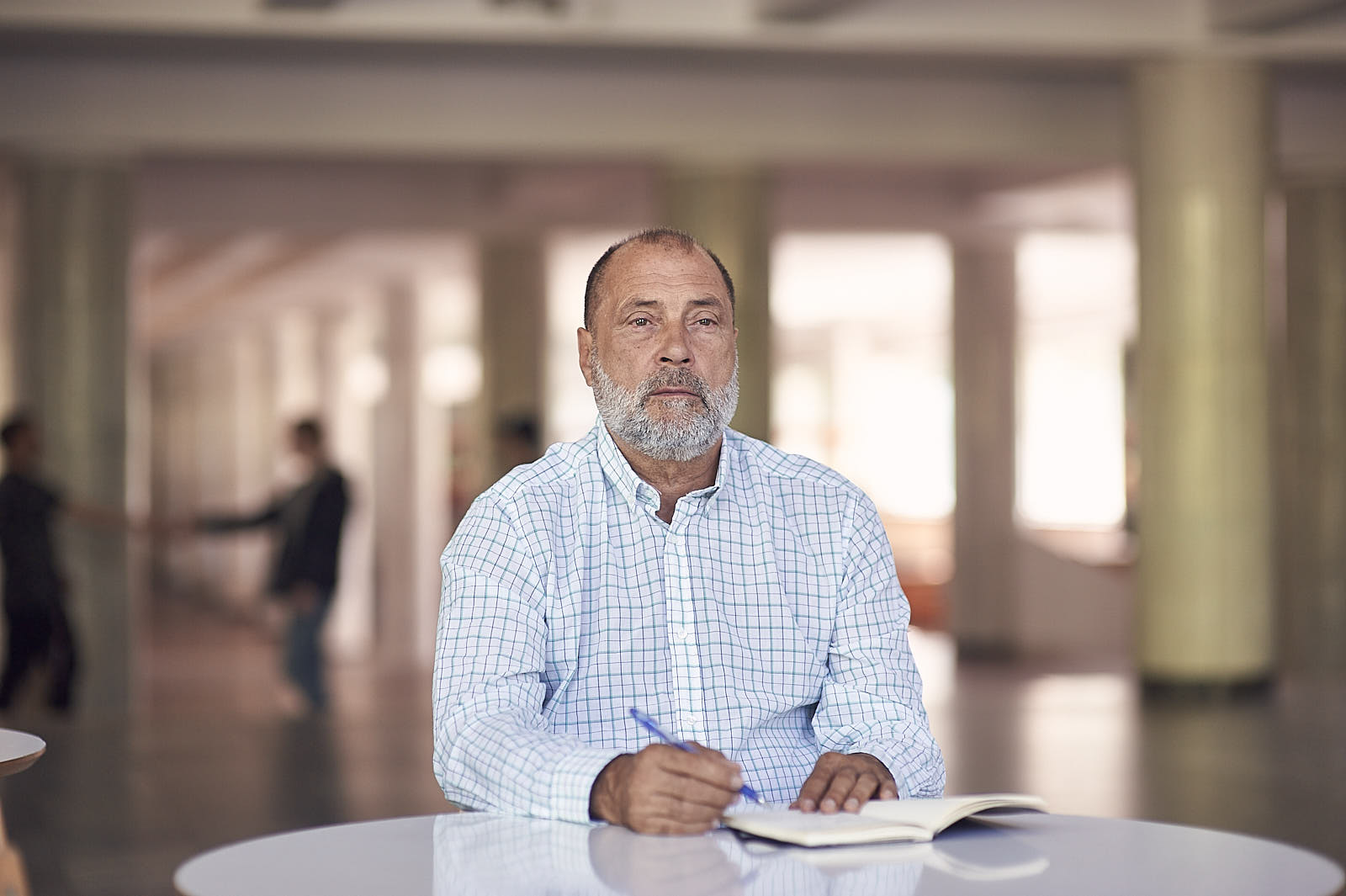 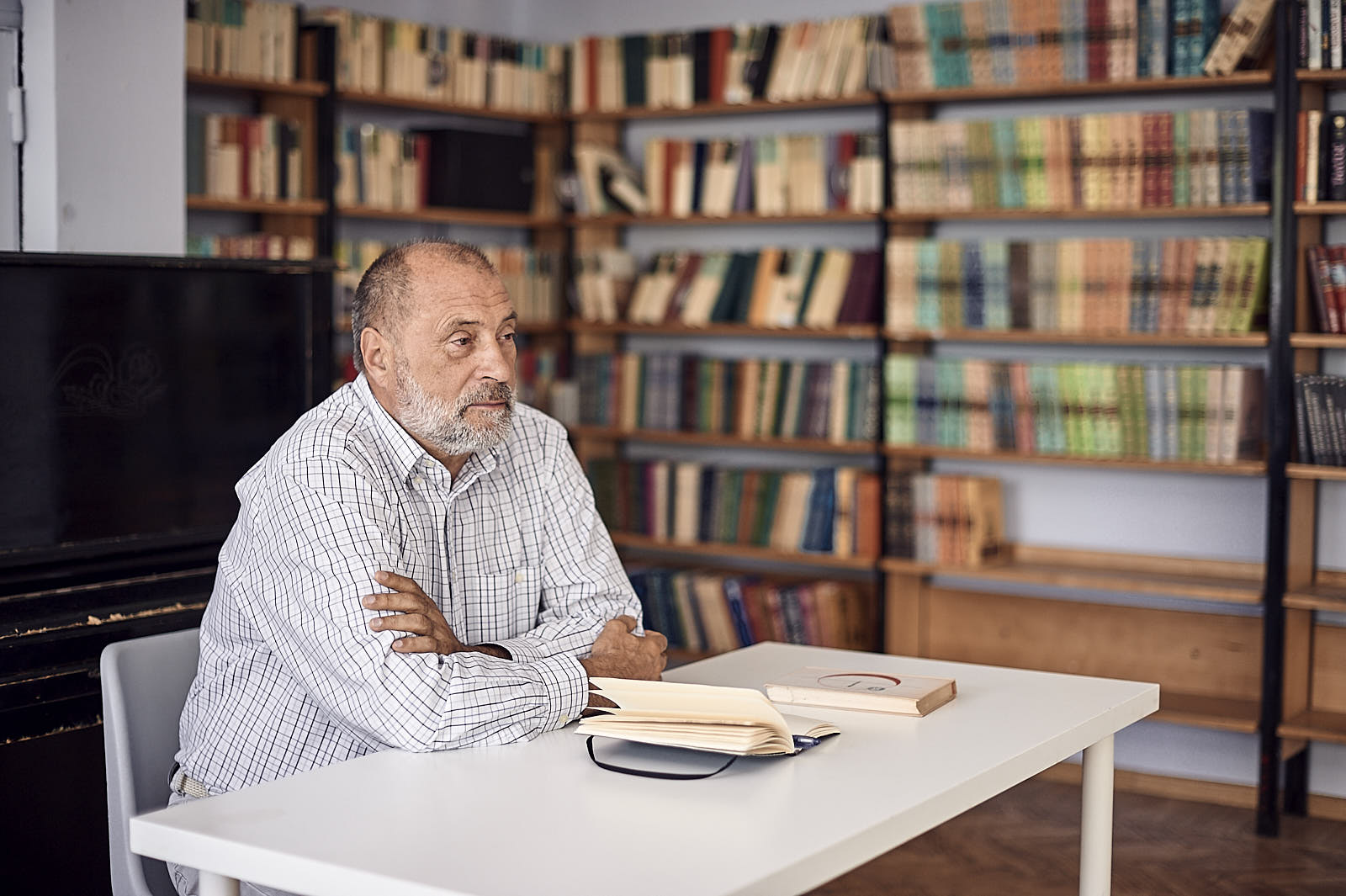 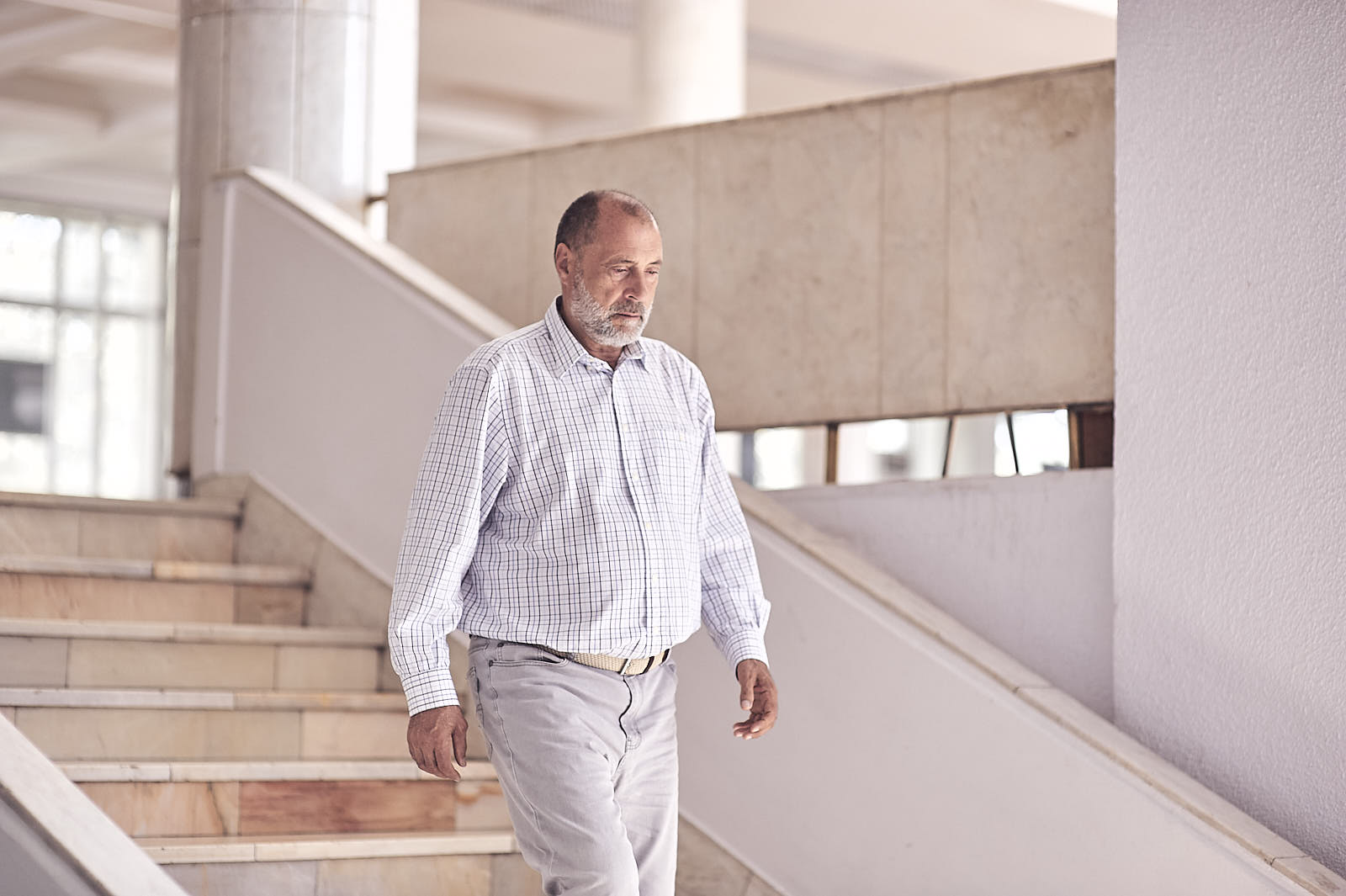 S. N. Lazarev is interested in the relationship between the internal state of a person's soul and his health and fate. He examines the religious and moral state of humanity and our prospects for existence in the contemporary world. By using empirical methods in this field he has revealed a number of sequential laws, which have allowed him to create a comprehensive philosophical system. One of the system's unique characteristics is that it can help a person to orient himself both in the surrounding world and in specific situations, by answering the questions — who are we, where have we come from, and where are we going.

S. N. Lazarev began his research into human energy fields in 1980-1981.  At the end of the 1980s he began to practice healing professionally. Having learned remote diagnostics in the laboratory of Vadim Polyakov, St. Petersburg, S. N. Lazarev discovered his ability to obtain information about a person's health by reading his energy field, not only in relation to the present but also to the past and the future.  It was at this time that S. N. Lazarev came to the conclusion that illness develops over the course of many years as a result of a specific events in our life.  In considering illness as a consequence he began to search for it's causes.

In beginning his practice as a healer, S. N. Lazarev worked with the energy fields that radiate from a person's body. In this case the fields were secondary to the body: they were the result, and the body was the cause. However, in the course of his research, S. N. Lazarev began developing a hypothesis about the existence of other types of energy fields, primarily with respect to the body and organs. He concluded that source of the character, destiny, the past and the future of a person, and even his past incarnations would be stored in this individual field.  He then began searching for access to this mysterious repository of energy.

In the spring of 1990, after several years of hard work - diagnosis and treatment of patients and various experiments, S. N. Lazarev was the first person to be able to see the primary human energy field. It became clear that whilst the dense surface layers of a person's energy field, their aura, are dependent on the body and subordinate to it, in contrast the higher, subtle layers of the field regulate the body. Moreover it turned out that these levels of energy control not just the health, but also the character and destiny of a person.

What is meant by human energy fields? What we call consciousness, feeling and and emotion has a subtle-field nature. This is the dialectic: there are levels of consciousness and feeling which are dependent on the body, and vice versa, there are also levels of consciousness, feelings and emotions (the subconscious) which control the body, its health, and the destiny of a human being, and therefore his future.
S. N. Lazarev calls these layers innermost emotions. Deformed innermost emotions, aggressive feelings, hate, resentment, and depression can lead to illness and misfortune and can adversely affect a person's future. It follows that innermost emotions are the cause of our illnesses and misfortunes; that is, that the soul is prevalent to mind and body.

This was followed by another discovery: while studying ill children, S. N. Lazarev saw that the deformities in a child's subtle energy field are a repetition of the deformities in the field of the child's mother. He came to the conclusion that innermost emotions can be inherited - that a mother's feelings influence the character and  the destiny of a developing person. For example, aggressive emotions felt by a mother before conception or during pregnancy could lead to many childhood illnesses. However if a mother changed her attitude to past events, her child's character would be transformed, illnesses would disappear and the child's destiny would change.

Studying hundreds and thousands of patients, S.N. Lazarev noticed that people often did not feel or comprehend their emotions, while he was able to see them clearly. Gradually he came to the following conclusion: those feelings which a person does not perceive consciously appear in his subconscious. That is the main emotions governing the health, character and destiny of a person lie his subconscious.

It turned out that in the subconscious there are no expiration dates. The conscious mind forgets while the subconscious remembers all of our feelings perfectly, not only from birth but also during pregnancy, and even from past lives.

Research on the Topic of Religion and the Human Soul

If our consciousness is connected with the present, then our subconscious is formed by the past and is connected to the future. Our feelings are multi-layered and the most subtle layers influence the future and determine it. That is to say, each person reacts to the future and his reaction determines the future events. “Then,” says S. N. Lazarev, “I was able to understand the phrase from the Old Testament 'For evil men have no hope of things to come, and the lamp of the wicked shall be put out.' I realized the reason why people need religion.  I came to understand that one of the best medicines in this world is living by the ten commandments, and keeping love in our hearts.

In my research, science began to unite with religion. I saw how faith in God, ethical behavior and love in one's souls, could gradually cure devastating illnesses. The soul's purity determines the health and destiny of a person. In simple terms our soul determines our future.”

But the level of the human soul also turned out to be contradictory. For example, S. N. Lazarev saw that loving another person and having a strong attachment to them can destroy the health and even the destiny of the object of their affection. Love that turns into passion and attachment begins to kill. In this way there arose a serious problem, which for a long time it seemed impossible to resolve. Understanding this problem once again came after studying hundreds of thousands of patients. The solution turned out to be in a correct alignment of priorities. If love of God was in first place before all others, then love of another person would not turn into passion or attachment, and would not kill.

In this way it turned out that one of the very best medicines for a person's soul, mind and body are to have the right priorities and a correct worldview founded on an understanding of the universal laws. S. N. Lazarev saw time and time again how in the process of analysing these laws, during his communications with patients, together with a deeper understanding, there came a levelling out of karmic structures, and on subtle levels an improvement in their destiny and health. With time inner purity became outer purity: incurable illnesses went away, personalities changed, families were restored, and children recovered. It turned out that understanding can heal, understanding changes a person. And the main understanding boils down to this: the point of living is to increase the amount of love in ones soul. And the essence of any religion is an increased unity with God.

This is what prompted S. N. Lazarev to write books and hold seminars. To date S. N. Lazarev has written and published more than 20 books, many of which are translated into other languages (namely English, German, Polish, Czech, Spanish, Japanese and Bulgarian). He regularly holds seminars, presentations and lectures in Moscow, St. Petersburg and many other cities in Russia, as well as abroad (Germany, Israel, Ukraine, Czech Republic and Poland). 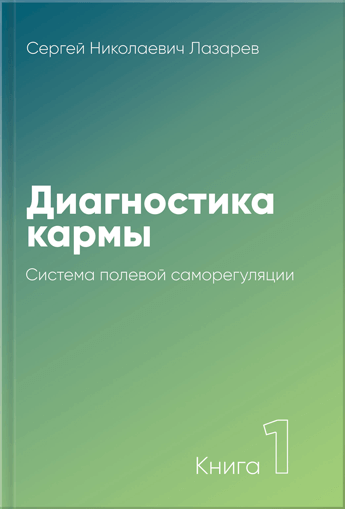 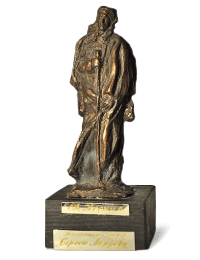 In 2002 S. N. Lazarev was awarded the art prize "Petropavlovsk" for a set of books "Diagnosis of karma" and was awarded a statuette of St. Xenia.
Edition20 000 000Books
more1 000 000letters
16language
25years of research
Read more about the series
Consultation

For a long time Sergey Nikolaevich worked on creating a system of knowledge by applying which a person could understand and overcome difficult life situations by themselves. After reading books and watching videos people can understand what they need to work on, what to change about themselves, how to relate to the world and what to do to find a happy and healthy life.

Every seminar held by S. N. Lazarev is unique and inimitable. Although different seminar are focused on different aspects of research, there is interaction between the author and the audience. Almost half of the seminar's time is devoted to questions and answers, so each seminar is invaluable in that it can give an answer to your specific question. Almost all participants feel a sense of enthusiasm and lifted spiritis even after watching a recorded seminar. 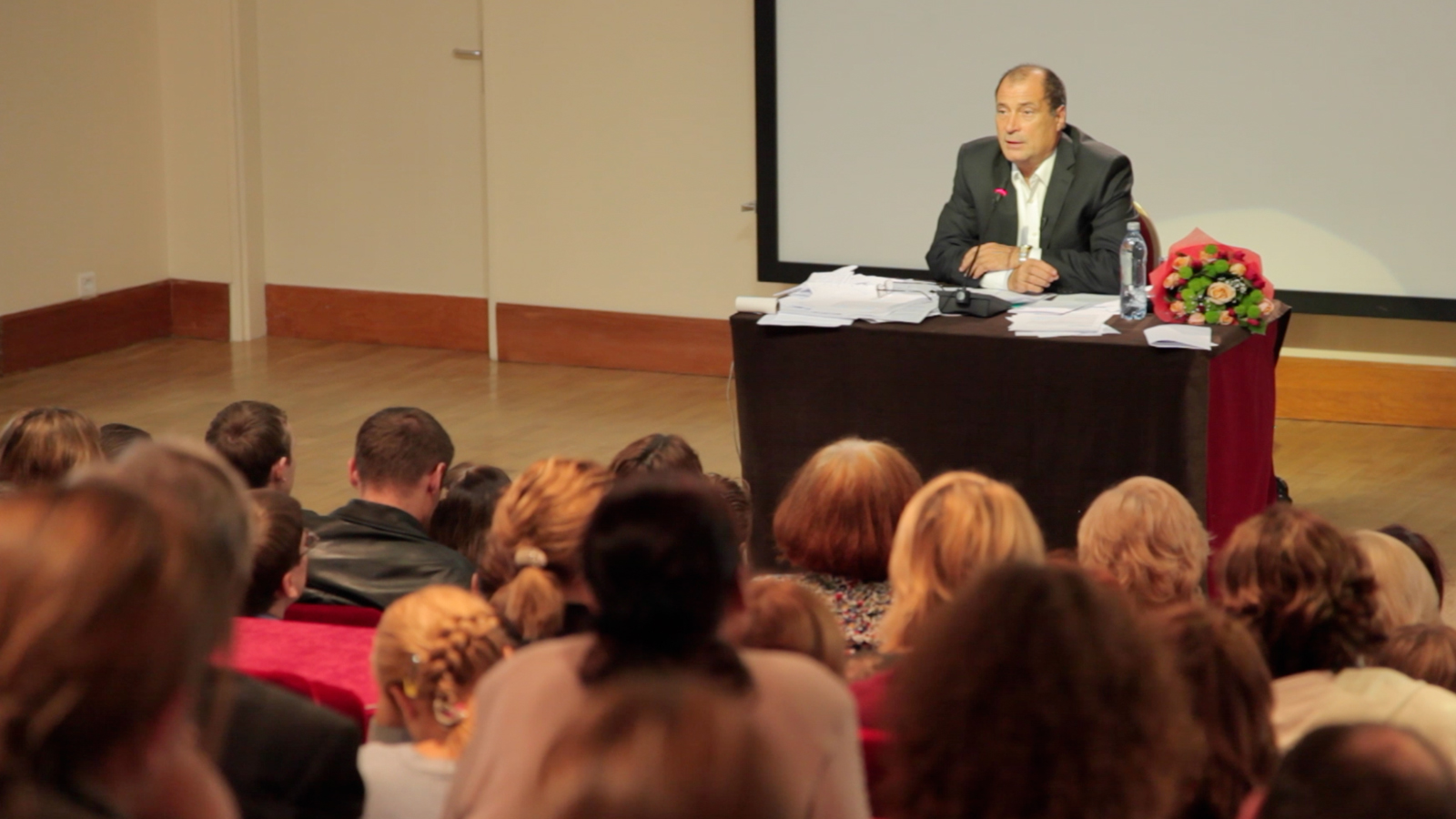 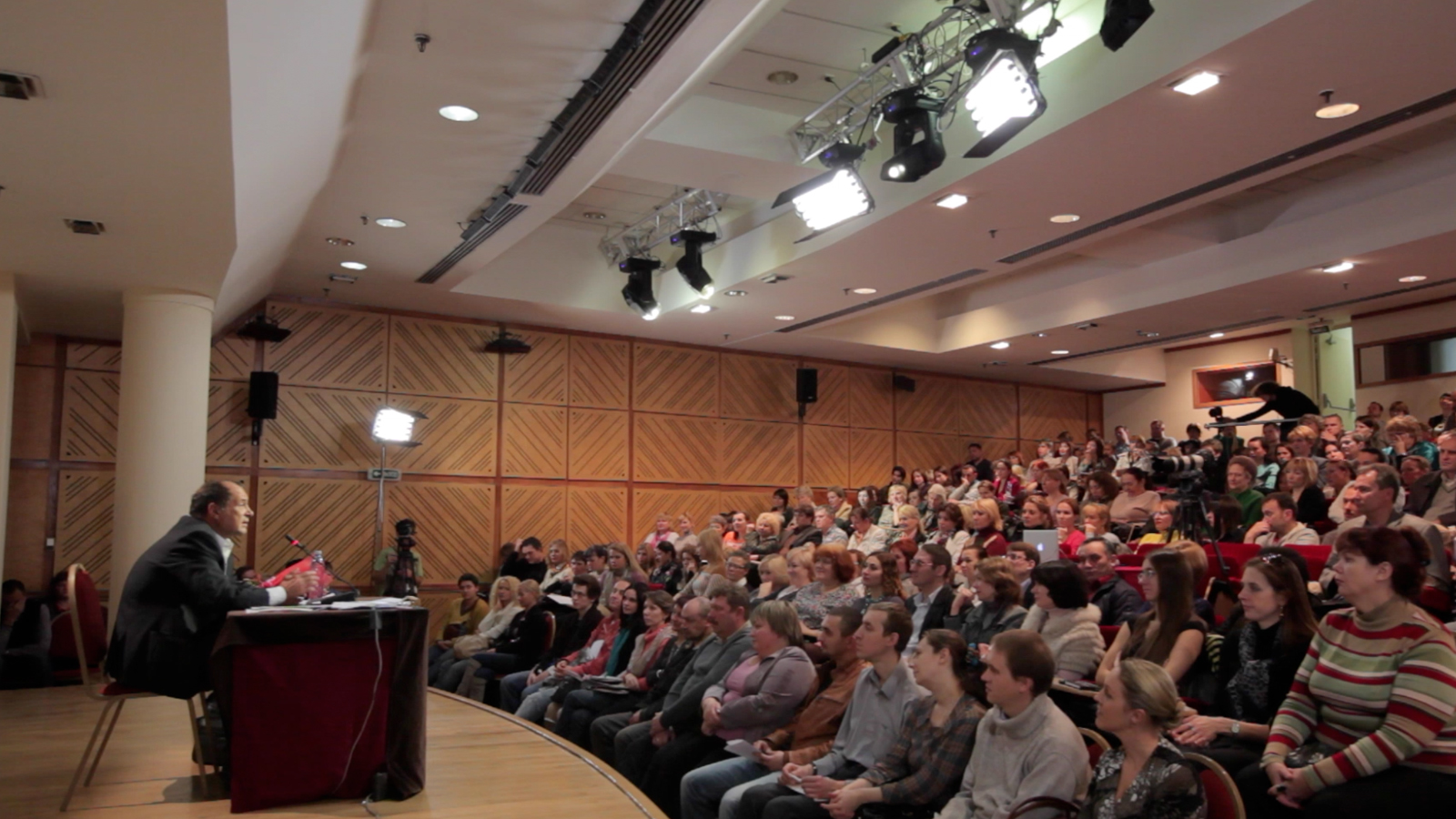 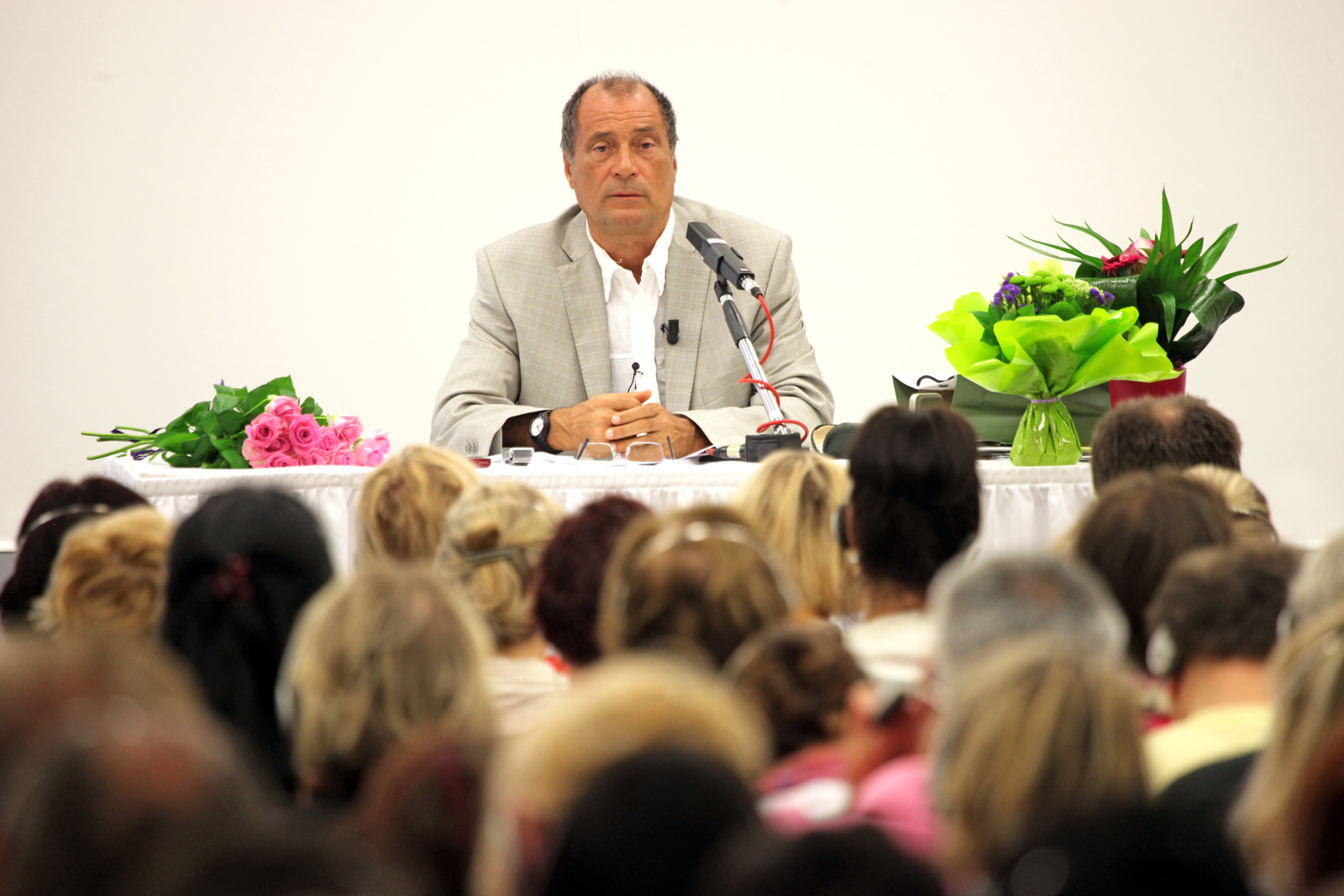 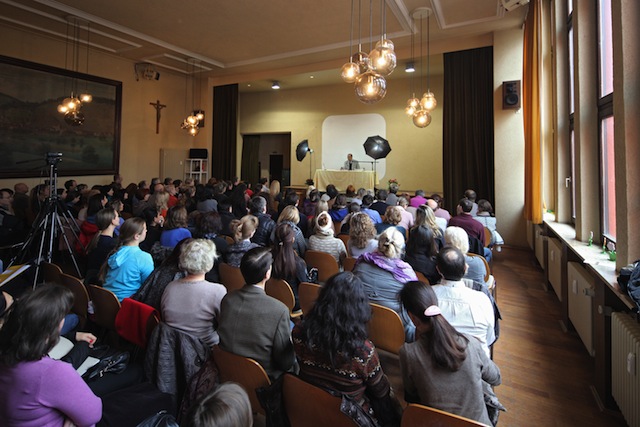 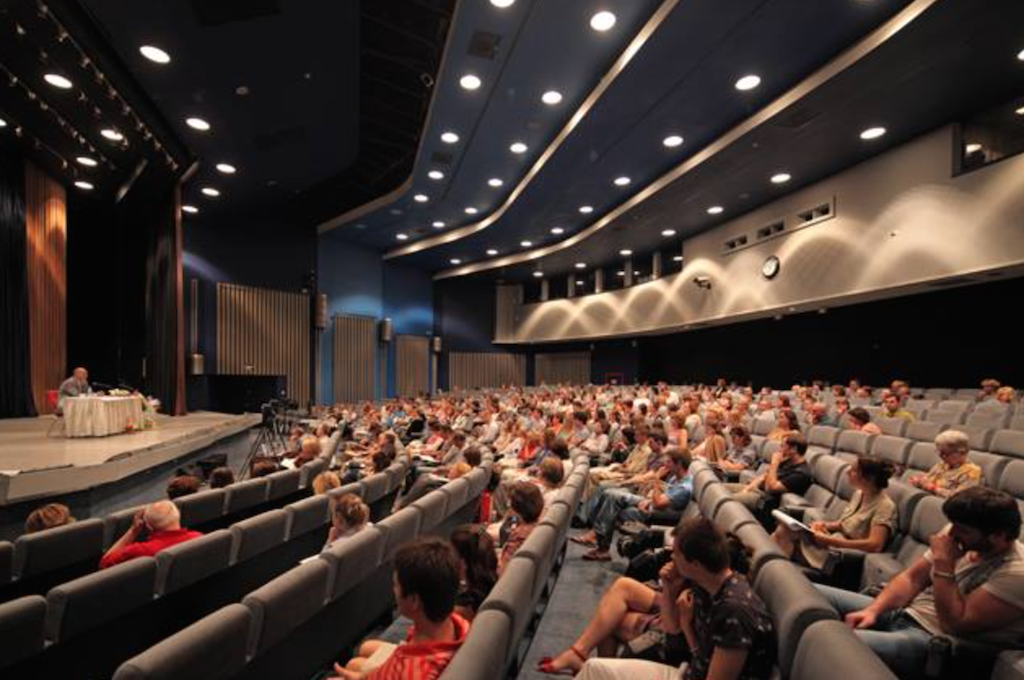 Support Us
Learn more
Subscription
Leave your e-mail to 2 times a month to receive information about new products, interesting articles and letters from readers

Thanks
Thank you for your story, it can help and inspire many people
We use cookies to personalise content and ads, to provide social media features and to analyse our traffic. We also share information about your use of our site with our social media, advertising and analytics partners who may combine it with other information that you’ve provided to them or that they’ve collected from your use of their services.