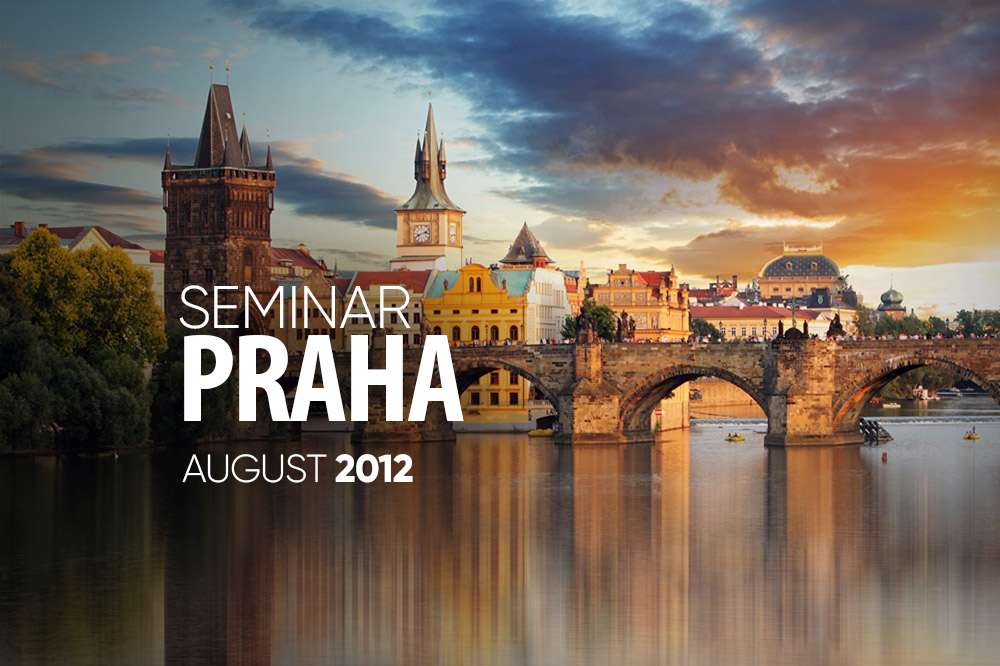 In August, a seminar was held in Prague. Readers came from all over the world, the lecture was held in Russian with simultaneous translation into Czech and German. A number of questions not only on diseases but also on the survival of humanity was raised. The seminar touched upon the connection between science and religion, of the major drawbacks of modern society, the reasons for the degradation of the present civilization were numbered. A lot of time was devoted to self-perfection. The audience listened to the lecture in one breath.

Surprisingly, the Czechs and the Germans were interested in the research of the author not less than the Russian readers. In addition to the seminar the author gave several interviews to major newspapers and magazines, the Internet, television, as well as for a number of documentaries. Hollywood is planning to buy one of the films with the interviews of S.N.Lazarev to demonstrate in movie theatres on December 21, 2012.

As it was simultaneous translation, the author had to speak slowly and as concisely as possible. The lecture touched upon the latest research and at the same time covered the meaning of the whole system of S.N.Lazarev. For those who are just starting to learn about research, both this workshop and the interviews may be of great use.

What to do before the "End of the World." Signs of spiritual harmony of man. Morality. Clairvoyants and prophets. Energy of the underworld. How to change the fate. Palmistry. The meaning of forgiveness. The desire to change the past. The device to educate human subconscious. The mission of the Christ. Prayer. Autogenous training. Genesis of future diseases. Healing body and soul. Causes of female jealousy. Overcoming discouragement. The pursuit of happiness. Frequent accidents and death situations in life. Ability to enjoy the moment of pain. Correct statement of claims. Love to one's fate. Vampirism. Compassion. Diseases: Oncology.

Pavlina Juracakova
I was quite surprise for all context I got from listening and reading S.N.Lazarev products.

Everything in my life start having more realistic expectation, life, people and myself.

I would call all of this a missing piece which if you place it correctly the others would follow it.

Because we all want happiness, be successful in own life — we usually follow the people about what we thing they have it all. Sometimes is this only illusion. We used to perceived success as a lot of money or being famous, but deeper is a luck of love, family, children, health and others…
25 july 2020, 22:59
0

All purchased items you can find in your Personal Profile Page

When you purchase a video, you get an audio recording as a gift

All your purchases will be stored in your account for an unlimited time.

You can always ask for help in our support
Support Us
You can support the development of our website, the translation of books into other languages and other research-related projects. Sergey Lazarev
Read more
Subscription
Subscribe to receive the newsletter for the lastest articles, reports on new products and letters from readers.